My oldest son has a car party coming up at school.  For this project we had to design a cardboard box car that he could carry around the track and that had a trunk that opens to collect things as he "drives around.  He decided that he wanted to do a police car.  We looked at several images of real cars, headed to the dollar store for a few supplies, and started collecting every cardboard box that we could.
We ended up building a basic frame from one large box and then adding more pieces.  Our goal was to make it look more like a car and less like a box. 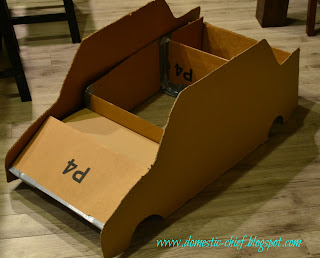 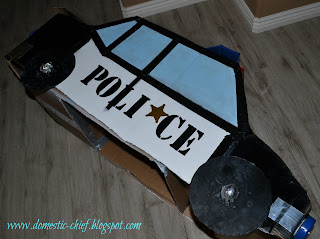 We used paper plates for the tires, LED lights for the headlights and taillights.  The top police lights were made from plastic containers we found at the dollar store.  We spray painted the white and black with the cheap $0.98 spray paint and the windows were painted on with light blue acrylic paint.  The words were done with vinyl.  Duct tape and hot glue is holding this cruiser together and the duct tape was also used to decorate. 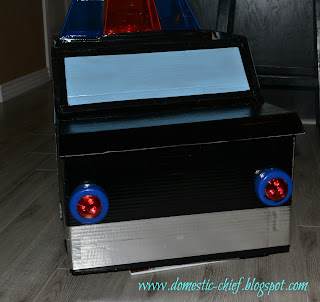 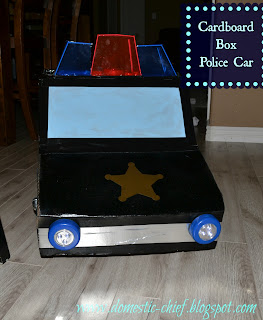 Now I just hope he can carry the car around the track...
Posted by Krystal at 9:55 PM